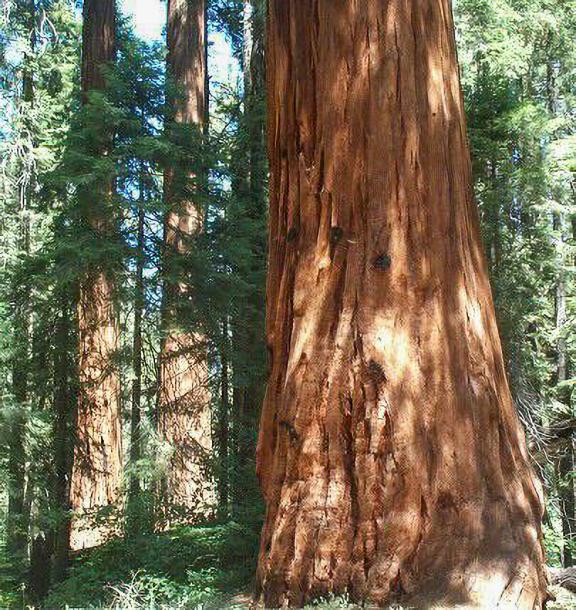 Articles from the Sequoia Wild Heritage Project are included here for archival purposes. The original site is available at https://www.archive.sequoianet.org The campaign for wilderness continues however - so contact us if you would like to support protecting the Giant Sequoias and associated forests through the contact link in the footer of this website.

Our mission is to add existing roadless areas of the Sequoia National Park, National Forest, and National Monument to the National Wilderness Preservation System.

The Sequoia Wild Heritage Project is a group of committed individuals from Kings, Tulare and Kern Counties who care about wilderness. Our members hail from Bakersfield, Exeter, Porterville, Springville, Three Rivers, Visalia, and other local communities.

We are working collaboratively as the local group with a state-wide campaign, the California Wild Heritage Campaign.

We are looking for additional wilderness defenders! If you or your organization would like to help out, please contact us.

Our mission is to add existing roadless areas of the Sequoia National Park, National Forest, and National Monument to the National Wilderness Preservation System.

The following areas were not included in Senator Boxer's bill, but the Sequoia Wild Heritage Project advocates their designation as wilderness in future updates of the bill:

January 08, 2004 - DUARTE -- The National Hispanic Environmental Council has announced the support of many in the Latino community for a proposed bill granting stronger protection of rivers and wild land in California.

Members of the National Hispanic Environmental Council, co-founded in 1995 by Manuel Hernandez, a Riverside engineer, said they would launch an educational campaign to get the word out.

A statewide poll conducted in 2002 by Bendixen and Association, a Florida-based polling firm, showed that 81 percent of Latinos support wilderness protections, compared to 72 percent of Californians overall.

We support the bill because of the recreational opportunities, the quality of life issues with clean air and clean water," said Navarro, a board member of the Hispanic council.

U.S. Representative Hilda Solis, D-El Monte, the bill's author, said as a child her family couldn't afford to travel to places like Yosemite National Park, so they went to the Angeles National Forest for weekend outings. She said it is important for everyone to leave behind the smoggy, concrete urban areas to get closer to nature.

Here in California's San Joaquin Valley, we have the same situation - an agricultural landscape with air pollution nearly as bad as the LA Basin, and the need for local people to enjoy our nearby wild mountains without chainsaws and dirt bikes marring their natural beauty.